There are more than a few problems with the claims made by Francis Rauscher, Gordon Shaw, and Dr. Alfred A. Tomatis that listening to Mozart makes you smarter.

One problem is that this claim grossly oversimplifies the effects of music processing on the brain. This research, conducted in the early 1990s, was very specific and for some reason the researchers felt inclined to make very broad generalizations anyway.

Whatever the researchers intended, many Americans took this information at face value, and found it necessary in some cities to supply every child and expecting mother with a Mozart CD, and some nursery schools insisted on playing classical music at all times.

Let me say right off the bat that music does change your brain, BUT it doesn’t matter who the composer is, and it certainly doesn’t matter the genre. Spoiler alert: what actually matters most is the individual’s particular musical preferences. Your favorite song is more likely to change your brain in a positive way than a Mozart song you don’t care about. I know, I know – it sounds too good – and too simple – to be true.

The truth is that Music Therapists have been consistently conducting controlled research for decades. My predecessors in the field were carefully and methodically studying the effects that music had on veterans, children in the hospital, and people with varying diagnoses since the 1940s. The first government-funded study in 1948 found that patients who got to work with a music therapist needed less anesthesia.

Since then, Music Therapists have strictly adhered to this tradition of valuing evidence-based practice above all else. What’s frustrating is that, with the huge amounts of research that we have produced as a field, collectively, all this research has gotten seemingly little attention from the rest of the world, especially when compared to the widespread reaction to the “Mozart Effect” claims. It’s a double edged sword, since the broad and extravagant claims are difficult to believe, and cheapen any of the more modest claims that music therapists make about how music affects the brain.

We all know that the media looks for shock value, and we can’t blame them. In the meantime, if you’re interested, much of this research is available to the public! We will do our best to comb through much of it to bring you the salient points.

Always feel free to reach out to us with questions or anything you are interested in. And, as always, come meet us in person and see our music therapy room, where we put all of this research into practice on a daily basis! 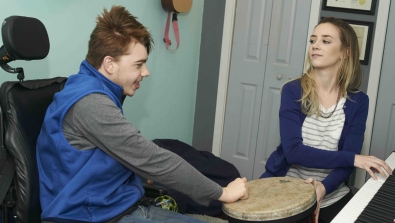 Please Support Us in GTD4Autism

More about our air filters 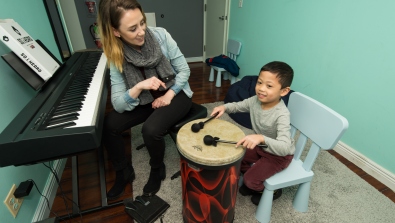