Those of you who were, like me, in school in the 90s most certainly remember Bill Nye the Science Guy. For myself and most of my classmates, a Bill Nye episode day in science class was a real treat. Bill Nye is smart, sarcastic, and funny – and most of all, he is serious about getting people to respect science and learning to use critical thinking when considering pseudoscience.

When I first heard that Bill Nye would be back on the air (well, on Netflix – the “on air” of 2017) with a brand new show, I was over the moon. As soon as the episodes of Bill Nye Saves the World were made available, I was all over it. And when I heard correspondent Joanna Hausmann mention music therapy to Bill Nye on episode two, I was beside myself!

And then, I was quickly disappointed, as I often am when catching up on instances of music therapy in mainstream media. In Joanna’s defense, she did mention that music therapy IS backed by science (it is!) but that was basically the extent of it. The episode focused mainly on Sound Therapy, and how it is NOT backed by science (it’s not!). There was a quick side comment about music therapy dealing with lyrics and emotions (which is hardly the point), but what many well-meaning TV personalties, journalists, and fellow scientists fail to acknowledge is that confusing music therapy and things like sound therapy, or lumping them together, is extremely harmful to music therapy as a field.

She got the first part right! Music therapists painstakingly conduct randomized control trials, carefully measure quantitative results, and do everything possible to stay on top of current neuroscience research. Everything a good music therapist does in a session is based in empirical research. But we are still constantly depicted as sweet volunteers who sing Kumbaya at a campfire. Music therapists are scientists! We help people improve or regain functions like speech, gait, and cognitive skills like problem solving and sequencing, and not through guesswork. Our field is full of researchers working hard to make sure the interventions we use work consistently so we can set a standard.

Music therapy works because making music changes the way our brains function. It awakens neuropathways that would not otherwise be used, and allows us to learn new skills on a neurological level.

Although it’s exciting to hear music therapy mentioned in media of any kind, we are rarely depicted accurately as scientists and allied health professionals. People think of music therapists along the lines of sound therapists — practitioners of alternative medicine. Watching Joanna interact with the sound therapist was entertaining and humorous, but I became increasingly bummed as the episode went on. I want to see real science on this show! Isn’t that the point?

Who thinks Bill Nye should have a real, board certified Music Therapist on his show?? Let’s make it happen! Tweet Joanna and Bill with me and let’s make ourselves heard. 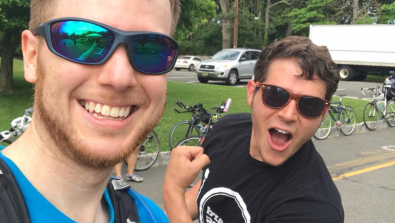 Help Us Reach Our Goal 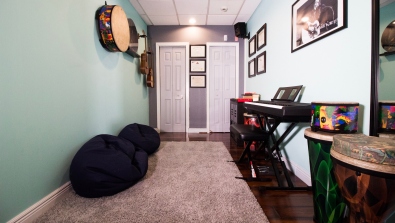 So, What IS Music Therapy?