Has anyone seen the new Netflix show, Atypical?

It’s a new fictional series about a teen with autism named Sam. I’ve only just started watching. It’s definitely not suited for kids, but it’s interesting and entertaining, and I feel I share some values with Sam. My favorite line of Sam’s is “Science requires empirical evidence!” Right on, Sam.
Selfishly, I became interested when I heard that Sam’s mom mentions music therapy in the second episode! “She’s a little bit punk rock, but cute as a button!” is how she describes a music therapist she met. (Jen?) I of course always feel like I need to be up on any bit of pop culture that attempts to include my field. As I continue watching, I hope this character might actually materialize!

Regarding the show as a whole, there has apparently been some controversy about how Sam and his autism are portrayed. In my work, I have the privilege of knowing many people with autism, and all I can safely say is that each of these individuals are vastly different. There are obviously similarities of symptoms, but the way they are expressed is as unique as the person who is expressing them. There is not really any such thing as a typical atypical person. Surprisingly touching was a moment between Sam and a friend, who told him, “Dude, no one’s normal.” I do appreciate that a show is attempting to represent people with autism in the first place, especially as a main character. He is portrayed as a protagonist with real feelings and needs, not a tragic side story or cause for concern. Just a teen trying to navigate through his life.

One controversial thing about the show that I do feel I can speak to in fairness is the occasional unprofessionalism and insensitivity of Sam’s therapist! But that’s another story.

Anyway, I’m curious as to what others who have seen the show think about it, especially individuals (and family members of those) with autism. Until then, I’ll be continuing to watch it! 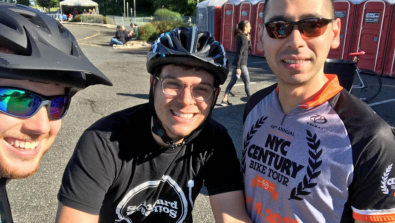 We Went the Distance! 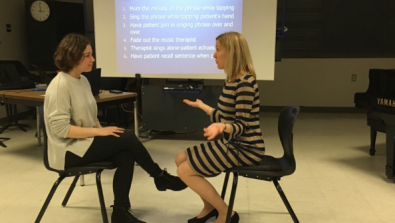